For this first Box Set review Dex has chosen a new vinyl release of The BBC Radio 4 dramatisation of the HitchHikers Guide To The Galaxy : Primary Phase. 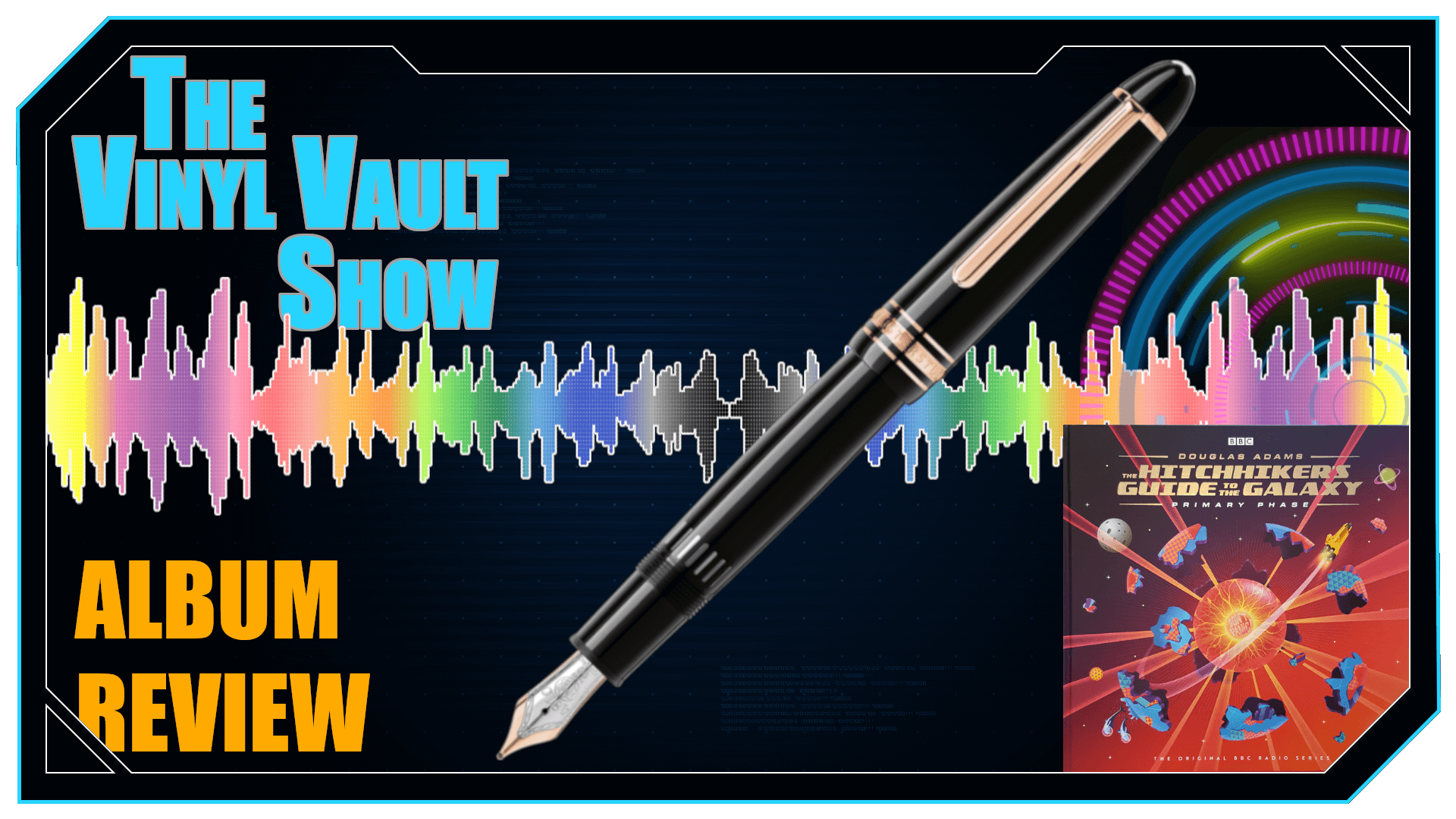 For this first Box Set review Dex has chosen a new vinyl release of The BBC Radio 4 dramatisation of the HitchHikers Guide To The Galaxy : Primary Phase.

As always, whether reviewing a New Release or a Classic Album these reviews are written in one shot, whilst listening to the album in the Vinyl Vault Studio and then gone through for spelling and punctuation errors. After the review is written, the informational section of the review is added, and wether the my views conflict with those, or are repeated, the review is not changed.

Unless you are around 10 years older than me, you probably won't remember listening to this when it was first broadcast on BBC Radio 4, each Wednesday night in March and April 1978. Many of my contempories will (if they have heard it at all on radio) have heard one of the repeats of the series. However I suspect most of you, will have heard this series on Cassette, CD or Audiobook. Whilst researching to write this description, I was suprised to find that there has never been a vinyl release ... until now!

Presented on 3 180gram Red vinyl LP's The HitchHikers Guide To The Galaxy is taken from the BBC Master Tapes for the broadcast with one episode on each side.

Each Episode naturally starts and ends with the classic theme tune, The Eagles - Journey Of The Sourcerer.

This Box Set, is presented in a hard-backed book format, with a 26 Page glossy book, with a foreward by Neil Gaiman, and a Making Of ... written by Jem Roberts, Douglas Adams Official Biographer.

Having never listened to the full 6 episodes of the HitchHikers Guide To THe Galaxy : Primary Phase in full previously, but having read, and loved the original book(s). I was looking forward to listening to this box set. I was however slightly nervous that I might have built it up in my own mind too much knowing that this is such an iconic radio series.

When I got the Box Set home, the first thing I did once I had put everything away, and made a pot of coffee, was to get this out and put it on the turntable and settled down to listen.

I did intend to listen to one side of the box set each week, as I would have if I had listened to it on the radio, but I got hooked, and listened to the whole thing!

Anyway, enough of my ramblings, on with my thoughts on the release.

Slighly unusually, I'm going to start with the last couple of minutes of each side of the record, as they are similar on each side, They are exactly as you would expect any radio play to be, a brief list of the cast and a witty, synopsis of the next episode, with the usual entrety to catch the next episode next week.

As soon as you start each side (naturally enough) you hear the classic theme tune as mentioned above. The series has of course had to be abridged, and the abridgment was done by the author, Douglas Adams, who in my opinion is the only person who should be tinkering with his work.

As you would probably expect for a BBC Production, the quality of the radio show, and thus the recording is fantastic, the casting is utterly brilliant, and even though some actors play multiple parts, you don't get confused about which character is which at any time during the whole 3 hour listen.

I mentioned that the recording is fantastic, and before anyone says Well you can't expect a record to be fantastic by knowing its a BBC Production thats not what I meant. I actually meant that the production of each radio show is as fantastic as you would expect for a BBC Radio Production. However the transfer to vinyl in my opinion and the quality of the records is wonderful, I can hear no artifacts, and there has been no time in the listening to the whole set, that I thought I'm listening to a 40 year old recording.

For This review, I'm not going to review each episode but that would give away the story of the books and I dont want to do that, so I will just list them below.

I know that this box set, and the box set that is coming for The Secondary Phase are being released for the 40th Anniversary of the Radio Series, I have to wonder, will tbe BBC be releasing the later series too to complete the set? I hope they are, and I will be in the Queue to buy a copy of each.

These box sets aren't particularly cheap, but I highly recommend that if you like Science Fiction, or are a fan of the HichHikers Guide To The Galaxy books, you get yourself a copy of this Box Set. If the BBC do as good as job on the other series as they have on this release, they will be just as good.