For this first Classic Album review Dex has chosen an album that has fast become one of his favourites. The Hamburger Concerto from Dutch Prog Rock Band FOCUS 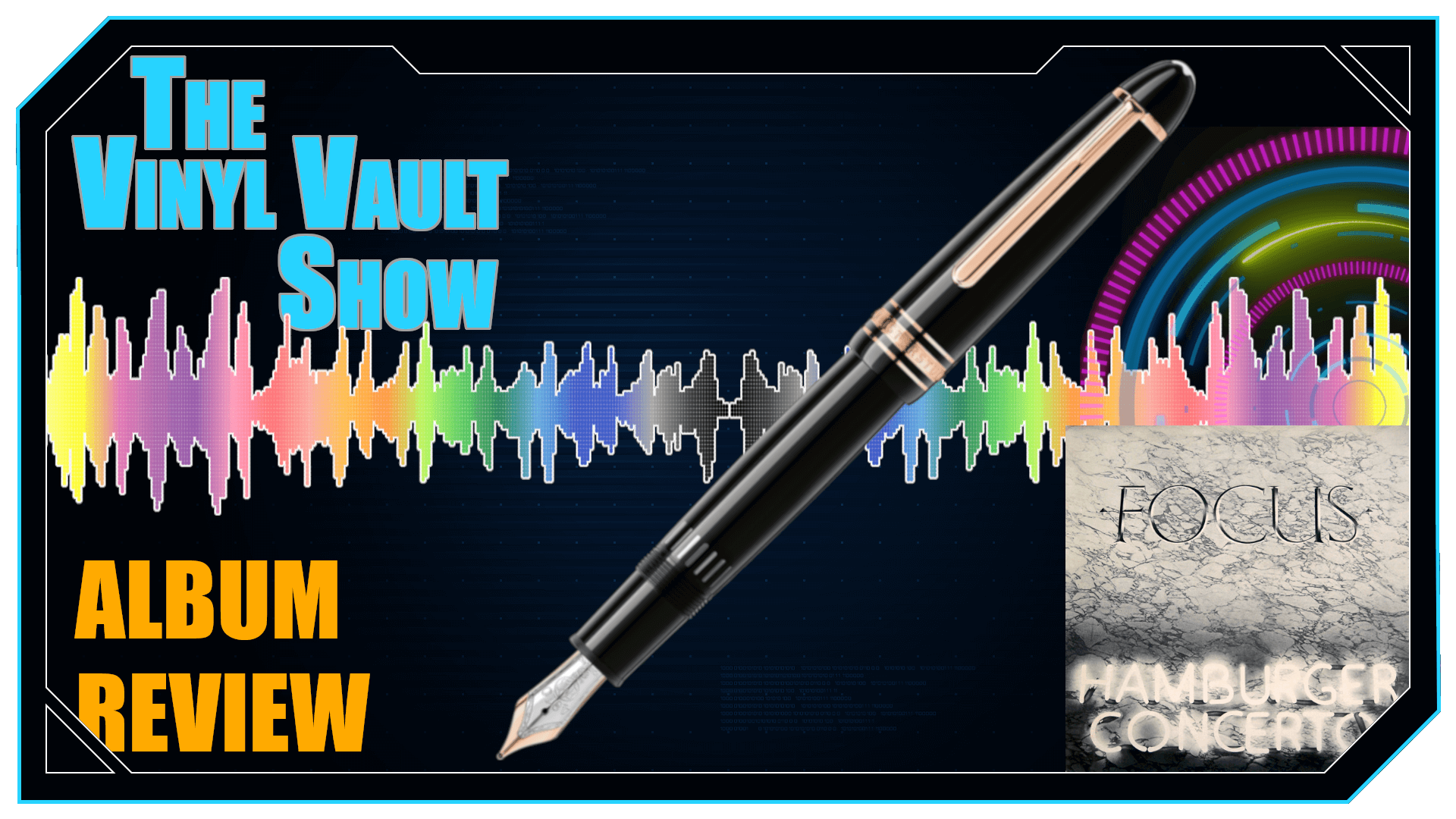 For this first Classic Album review Dex has chosen an album that has fast become one of his favourites. The Hamburger Concerto from Dutch Prog Rock Band FOCUS

As always, whether reviewing a New Release or a Classic Album these reviews are written in one shot, whilst listening to the album in the Vinyl Vault Studio and then gone through for spelling and punctuation errors. After the review is written, the informational section of the review is added, and wether the my views conflict with those, or are repeated, the review is not changed. On this occasion however, I had to stop the record for a moment after the opening track as it is short

Don't forget to tune in to the Vinyl Vault on Monday to hear highlights from this brilliant album!

From January to March 1974, Focus recorded Hamburger Concerto at Olympic Studios. Recording was met with growing tension, with van Leer, Ruiter and Allen working together during the day and Akkerman recording his parts in the evening. The album presents further classical music influences, opening with "Delitae Musicae", a lute piece Akkerman adapted from Delitae Musicae Cantiones by Dutch composer Joachim van den Hove. It closes with a six-part, 20-minute conceptual title track inspired by Akkerman once eating a hamburger while watching cartoons at his hotel room in New York City. From Wikipedia

I was lucky enough to meet and talk with Thijs van Leer and the current line up of Focus (Pierre van der Lineden, Menno Gootjes and Udo Pannekeet) in 2017, and had my copy of the Hamburger Concerto signed by Thijs. I met the band prior to a live performance, I had long enjoyed listening to the music of Focus, but up until this occasion I had never heard them live. During this performance they played many of their classic and immediately recognisable hits, but a track that I had heard many times before, was elevated from "a good album track" to one of my favourite tracks. That track is on this album! La Cathedral De Strasbourg. On returning home, the first thing I did, was to listen to the recording, and to my suprise, I found that the track illicited all the same emotions as it did when it was played on stage just a few days previously.

The Hamburger Concerto album opens with a short yet beautiful Lute and Recorder piece, which is traditionally classical in its sound, played by Akkerman and van Leer alone.

This track is a more "traditional" Prog Rock track, with the ever present Focus twist. As with the majority of Focus tracks, the effect laden vocals take a backseat in the mix to the music, often being used as an instrument themselves. Intricate guitar solos and driving bass and drums swap lead duties with fast jazz inspired keyboard based instrumentation.

It's very hard for me to be objective about this track, given what I have shared earlier, all I shall say, is please find it on vinyl, preferably, digital if not, and put it on the record player, put the needle on the record and turn up the volume, then sit back and enjoy this wonderful piece of music. That is exactly what I am going to do right now.

Back again to the harder Prog Rock with Birth. The track starts with harpsichord, then comes a steady, pounding drum beat, which is soon joined by a variety of keyboards and guitars. As the track progresses, we hear more of the multi-instrumentalist talent of van Leer, as he brings a variety of instruments to the track.

Just when you think the extravagent "Birth" can't possibly be topped, the "concerto" begins. A true masterpiece in every since of the word.

The Hamburger Concerto is an Symphonic Prog Rock piece in six movements with flashes of classical music and more traditional Prog Rock add in to that, van Leer's yodelling, which rivals the best Alpine exponents of this musical art form. Each movement was named after the different stages of making a hamburger.

It is very hard to distinguish between the movements, at least on this recording, as there are very short, barely noticable gaps between the bands, therefore, I am reviewing as a piece, and list the tracks below.

The Hamburger Concerto is more that the expected and often deirded long Prog Rock track, each band member is given thoughout the piece space to impovise, and showcase their various musical talents.

There is something for everyone in this, from souring guitar solos, to inticate yet forceful keyboard passages, this track amost defies further description. I know that many people either dont like, or don't appreciate van Leer's yodelling, so for them, these passages are mercifully short, I however am not one of them, I think the add to the whole, and although are used sparingly throughout the Concerto they certainly add depth to the flow of the piece, and are as always with these vocal passages they aren't front and center of the mix.

I know from looking at the timer on my phone, I've been listening to this for just over 20 minutes, but it sure as anything doesnt feel like it, this is one of the most easy to listen to, long Prog Rock tracks I have ever had the pleasure of listening to, it never grows old.

This is an album like "Tommy", "Dark Side Of The Moon", "Who's Next", Rick Wakeman's "Journey To The Center Of The Earth" and Yes's "Tales From Topographic Oceans" (Yes I went THERE). Although The Hamburger Concerto stands definately, defiantly aside from those albums, it is certainly one that once started should be listened to until the the last chord fades out.

This is an undisputed landmark of Symphonic Prog Rock, it is that rare album which blends amazing musicianship, inventiveness, melody and humour in a coherent whole. It may take more than one listen to fully appreciate it, but the experience will ultimately be more than rewarding.